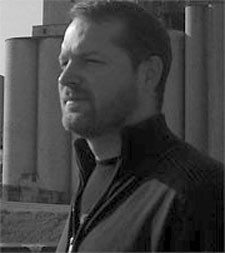 Benjamin Krause is the founder of DisabledVeterans.org and CEO of Armo Press, LLC. Armo Press is the “engine” that runs this website and the products it provides. DisableVeterans.org is where veterans turn when they want to get the straight scoop on DC and their VA benefits.

Benjamin enlisted with the US Air Force in 1996 and served in the Air Mobility Command for operations in the Middle East, and later with the USAF Special Operation Command, where he participated in operations in Eastern Europe until 2001.

Benjamin has been an advocate for veterans since 2001 after his own disability compensation challenges with the Department of Veterans Affairs. During his struggles with the DVA, Ben represented himself and used Veterans Service Officers to successfully appeal both informal and formal denials more than ten times. As a result of his experiences, Ben has published numerous articles and guides that have helped other disabled veterans and family members effectively navigate the current disability system.

Benjamin holds an undergraduate degree from Northwestern University, where he studied Economics while using Chapter 31 Vocational Rehabilitation & Employment (VR&E). He is currently attending the University of Minnesota Law School using VR&E for the second time and will graduate in 2013.

Benjamin is also involved with numerous nonprofits that serve veterans in various capacities. Most recently, he served a one year stint as Assistant Director for Policy Advocacy for the nonprofit Veterans For Common Sense in their run up to a Supreme Court challenge against the Dept. of Veterans Affairs.

28 thoughts on “About Ben Krause”

This site uses Akismet to reduce spam. Learn how your comment data is processed.