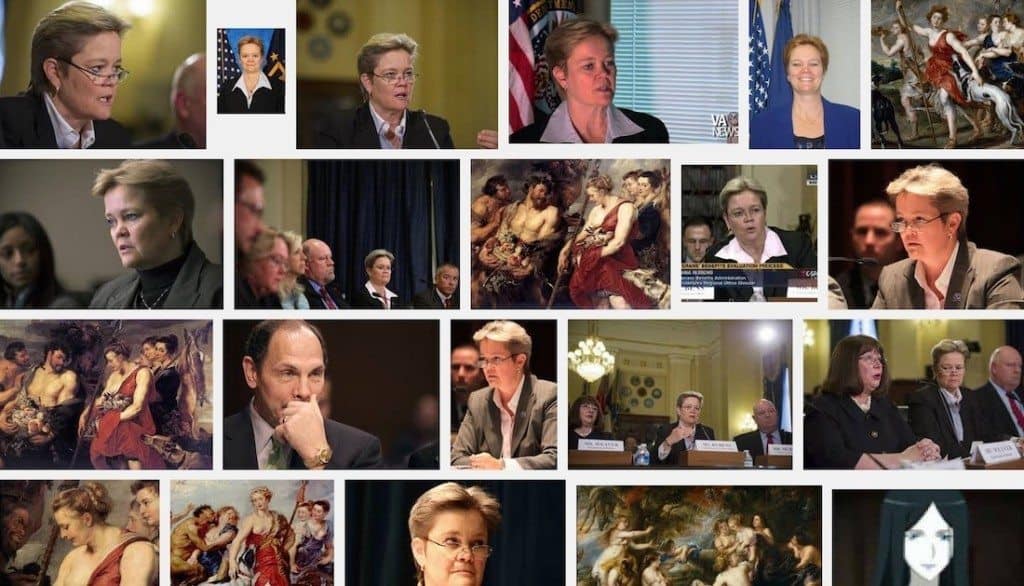 Yesterday, the House Committee on Veterans Affairs held a hearing focusing on the unlawful Permanent Change of Station (PCS) pay scheme of the current director of troubled Philadelphia Regional Office (RO). The hearing confirmed that under secretary Allison Hickey was involved. It also confirmed that the former Philadelphia RO director was forced out so that Rubens could take the position that she volunteered for prior to demanding moving incentive pay.

The tall and short of the scheme is that Rubens pushed Robert McKenrick out of his position as Philadelphia RO director to Los Angeles that separated him from his children. McKenrick is a two tour Iraq War veteran.

Rubens then coordinated with under secretary Hickey to ensure she took over the Philadelphia RO job. Keep in mind, Rubens herself created the vacancy by moving McKenrick to Los Angeles. OIG revealed the following emails from March, 2014:

In April 2014, Rubens requested a real estate market analysis of the value of her home. OIG concluded this showed she already knew the ball was in motion to move her to Philadelphia even though McKenrick had not yet vacated his position.

On May 5, 2014, then chief of staff Riojas requested approval to reassign Rubens from Deputy Under Secretary for Field Operations to the position of Philadelphia RO director. That same day, he sent a memo to request approval for reassignment of McKenrick to Los Angeles. Riojas approved Rubens’ move six days before approving McKenrick’s move.

The shocking nepotism here is obvious. Rubens’ package was approved before McKenrick had an opportunity to review his reassignment package or accept it. He was clearly forced into a different role without fair consideration to benefit one of Hickey’s buds.

On May 27, 2014, Rubens then accepted for the position she had a hand in creating but two days later demanded moving pay incentives totaling $274,000 on top of her $181,000 salary. She also created a GS-14 telework job for her girlfriend, Kimberly Beale, so the couple could move together. Within the $274,000, Rubens was reimbursed for meals and tips during her PCS move totaling $13,062.

Allison Hickey’s involvement included her doing what she could to support Rubens’ move and the relocation of McKenrick. When the Los Angeles RO vacancy came open, none of the more qualified applicants were selected. Instead, Rubens pushed McKenrick, a lesser qualified VA director, to take the position against his wishes. Rubens then lied about whether McKenrick wanted the position. She claimed he wanted to go, while McKenrick stated he did not want to go because it would separate him from his children.

Last April, under secretary Hickey issued a letter to Congress justifying the PCS pay and job creation. That same letter also justified Rubens’ creation of a GS-14 telework position for, Kimberly Beale. According to those familiar with the situation, Beale has been Rubens’ girlfriend for years, and the creation of the position allowed Beale to move with Rubens to Philadelphia. VA leadership can easily create a GS-13 or GS-14 job with little oversight, which explains while the new position involved a demotion from GS-15.

Problems at Philadelphia RO have not ceased since Rubens took over. Her staff has continued to hammer whistleblowers. Many VA cronies believe whistleblowers only detract from the work VA is supposed to do. Rubens is no different and has relentlessly harassed whistleblowers at her facility including putting some of them on unpaid leave while she is clearly overpaid. Ironic.

Apparently, she elected for a demotion to GS-14 to facilitate taking the telework position Rubens created to work on the Veterans Business Management System from her home. However, rumors are circulating that Rubens set up the job in Washington DC to allow Beale to collect DC metro pay incentives despite living in Philadelphia with Rubens.

It is clear Diana Rubens violated numerous laws. What do you think DOJ will do when they fully investigate the allegations against her?