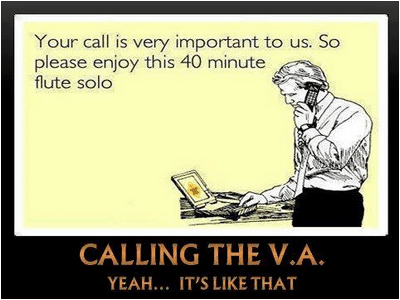 Hi and thank you for tuning in this Monday. DisabledVeterans.org is THE place veterans can go to get the real deal on veterans benefits and strategy on how to win their benefits. Tune in weekly to get a full update on everything you need to know.

I tried this out over last summer but ran out of time during the last semester of law school. Now that I’m creeping up on graduation, I thought it’d be a good time to start writing more. That said, not only can you count on more news from me, but I’ll also be doing a radio bit and regular Public Service Announcements.

Here is what we’re going to talk about:

Right now, there are exactly 1,148,326 Total Disability, Pension Claims and Appeals currently in the system. The number is increasing steadily.

Over the next two weeks, I’ll be planning another Town Hall Meeting. If you’re reading this and interested, I send out sign up notices to all newsletter subscribers. So, sign up. Our sessions consist of me catching veterans up on VA issues and then answering questions.

I love it when we veterans can get together and enjoy the 1st Amendment. We all get to meet and vent about the VA, and then help each other think through the madness that is bureaucratic red tape.

I heard VA tried to do it two weeks ago, and rumor has it that the “meeting” was a total flop. Their Twitter account is: VAVetBenefits, and the relevant hash tag is #AskVBA. Rather than do my own review, I’ll save my breath and let the quotes of other veterans speak for me.

Lonell: “… You train your people to delay our claims for the employees of the VA job security… The less you all pay out, the better it is for the VA’s cap expenses and 100 coffee pots to buy for the claims offices.”

Bruce: “And people wonder why veterans who deal with the VA are bitter and cynical.”

My universal critique of the Veterans Administration is that they never seem to “get it.” First of all, veterans will never love the VA so long as it acts like an insurance company. Second, until you give veterans honest answers – and we know when we are being lied to or misled – we will never be your friend.

Random trivia – Did you know the Dept of Veterans Affairs used to be called the Bureau of War Risk Insurance back in 1917? Many of our current veterans benefits laws have evolved from that common root – insurance.

Does anyone like how an insurance company treats you when it comes time to make a claim? Most people feel screwed by their insurance settlement in some way. Usually, the company lowballs the settlement and then pockets the difference as “profit.” Likewise, VA tends to lowball veterans. We just don’t know what the VA does with its savings.

I’ll end this diatribe with a question: will there ever be public support for any company or agency that lowballs its customers? No.

If you’re a VA policy maker reading this post, pay close attention. If you’re a regular VA employee, don’t take it personally – you’re just doing your job. The policy makers are the ones we veterans need to focus on.

“We’d love to talk with a veteran about VA benefits issues.” That is the email I found in my inbox last week from inspirational speaker Will Roberts.

Will and I spoke on Thursday about two things. First, Will wanted to hearing about problems we veterans are facing in getting our VA benefits. He brought up the notion of the “Freedom Pie,” the thing all Americans hope to achieve in our lives.

As veterans, we served our country so that all Americans can keep their freedom. When we return, disabled or not, we anticipate a fair shake to get our square deal – just a little piece of the pie. Instead, we are met with a collision of inappropriately applied laws that keep us from our benefits and cause us to fight a needless war, a Veterans War.

Second, we touched on the debt Corporate America owes veterans, and especially the veterans who became disabled during their military service. While corporations get most of the Freedom Pie in the form of higher profits and safety to enjoy those same profits, American taxpayers are left holding the bag.

Here’s what I mean. Corporations, especially those involved in war profiteering, are making record profits. When Uncle Sam sends them their tax bill, they usually either pay nothing or a severely diminished amount. Then, those who profit by being shareholders develop sub corporations in the Caribbean that allows them to pay 12% in taxes on their income.

Meanwhile, the American public in middle class tax bracket fork over a disproportionate ratio of their yearly earnings. And, to make matters worse, they also tend to be the same group that has to take care of the disabled veterans coming back from war. Remember, most wealthy Americans never serve, and if they do, it is rarely on the front lines, with the exception of those like the late Pat Tillman.

This notion of Freedom Pie rang throughout the interview. It serves as a perfect metaphoric blend of American Pie with Patriotism and Liberty.

We served our country for a taste of our own Freedom Pie, and I think its time for the VA to give us our benefits so we can move beyond service and enjoy our piece of the pie. We don’t want to fit in the Veterans Wars. We just want to be let alone to enjoy what we fought for, our piece of the Freedom Pie. Without us, there would be no Freedom Pie.

I have a question. What could be better than having Congress hold the VA accountable by having a hearing on your behalf? Not much – but you have to hope the VA was honest during the hearing and that Congress will hold them accountable if they were not.

The reason? These cats are above the law.

The backlog is the largest thing hurting veterans. At least weekly, we hear some new problem with the system.

Currently, the electronic system VA has been pouring literally billions of dollars into is going to flop. I suspect they knew this was going to happen, but you cannot do anything to a VA employee for misleading Congress.

While this reality hurts veterans, the harm is not just limited to those who served. At home, many veterans are faced with an unplanned reality at times far more taxing than being disabled yourself.

Many children have disabling conditions as a result of their parent’s exposure to some experimental condition. These poor kids are, too, thrust into the backlog and its adjudicative hurdles.

Providing health care benefits to children with Spina Bifida is just one example.  These kids were born with genetic deformities, including Spina Bifida, because the US government sprayed known hazardous chemicals on their parents in Vietnam. Since 1997, Congress has mandated that the VA provide health care for these kids.

The American public has an obligation to take care of the ramifications of that war, including providing health care for Agent Orange children with Spina Bifida – many of which are fully disabled and mentally handicapped because of the toxic exposure to their parents.

These parents fought one war in Vietnam. Now, as 24/7 caregivers, they are fighting a new war – the Veterans War for benefits. One family, the Neslers, have been fighting for health care benefits for their severely handicapped daughter for 15 years.

Congress responded to the Neslers’ dilemma in 2008 by drafting legislation that the VA said would provide a “complete spectrum of full health care” for their daughter, and children like her. Immediately after Congress passed the legislation, the VA turned back on its word and began denying the care again.

Now, VA refuses to provide the care the Neslers’ need. They also refuse to document why they are fighting so hard against the will of Congress – which is really the will of The People. Some speculate there is a serious cover up.

If the VA approves the complete spectrum of care, it will set a precedent that VA will provide care for all kids impacted with birth defects caused from military service, like the Spina Bifida kids. Some people speculate that the VA and DOD are forecasting that thousands of children with birth defects will result from the current wars.

Needless to say, the war machine that is the DOD does not want to be responsible for the seeds it has sown. That’s where the agency formerly known as the Bureau of War Risk Insurance comes into the picture. The DOD leaves it up to the VA to block and tackle parents trying to get care for their kids.

We are doing a public awareness drive on the issue, so that Americans can know what is happening with our veterans after service. It would be great to get a ton of Social Media support on the Neslers’ situation when we do the release in two weeks.

The program is run through the VA Denver Regional Office is like a black hole for the VA, like it’s own little fiefdom. This RO houses the Veterans Health Administration Purchased Care office.

Dr. Gerald Cross is the VA official who testified before Congress that the VA would pay for all forms of health care other than domicile care. Things got twisted somewhere between that hearing and the implementation of the program by VA officials Kevin Jobe and Lisa Brown. The Neslers have fought with the VA for 5 years since then to get needed health care for their daughter, Honey Sue.

The Neslers are unable to get the care they were promised by the VA, but since VA officials are above the law, there’s not a damn thing the Neslers can do without public support of a call for the VA to enforce the law.

Anyone with information on the Denver RO or these officials is encouraged to contact me.

Check out these clips from the hearing back in 2008:

“I now have him in a corner. His impulse to clam up and stall was strategically correct, but I have deftly driven him out from that safe piece of ground. And, having entered the fray, he finds himself weak on both facts and law.”
~ Ron Nesler – Vietnam War Veteran
Note: Ron is the father of a Honey Sue, a child with Spina Bifida from Agent Orange. This is an email about his fight with VA for benefits for his daughter.

“[Ask the VA] why are my back, knees, and ankles classified as non-service connected when I was nearly killed by an IED and spent a year in Walter Reed recovering. My injuries are well documented.”
~ Matt James – Iraq War Veteran

“’Your call is very important to us. So please enjoy this 40 minute flute solo.’ Calling the VA. Yeah… It’s like that.”
~ Random Facebook Picture 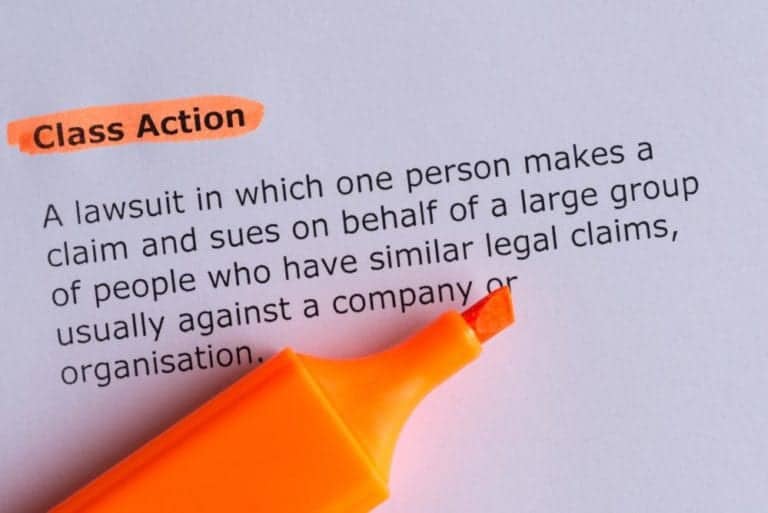 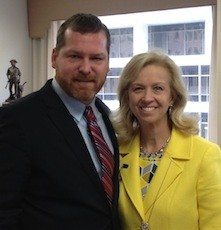