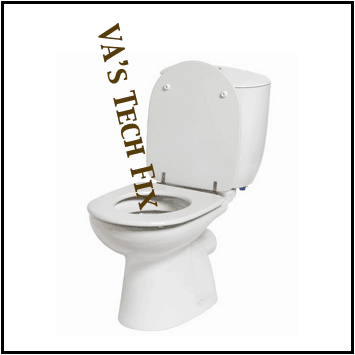 At the root of the shutdown was Obamacare. Yet, the Administration is unable to put a simple website together so people can easily get Obamacare. Sound familiar?

If VA’s lack of success in putting websites together is any indication, the 15% of the American public that will be using Obamacare will be waiting a long time.

Now that the government is back at work [sic], maybe they will be able to fix the same website they should have been working on since Obamacare became law.

Hi, I am your host, Benjamin Krause, and welcome to another edition of Monday Morning Quarterback for military veterans. This is where I pick a couple issues Monday morning and tell it like it is.

Here is what I will be talking about this MMQB:

I have requested documents from VA through the Freedom of Information Act. The documents are the financial records of payments VA has made to various public relations and journalistic companies.

My goal is to learn how much VA specifically spends on public relations in light of the recent revelation that VA spent $5ml in 6 weeks on ad spots.

I believe that VA could help a lot more veterans by building a better web presence and by handing out helpful guides about benefits.

Currently, VA hands out a free guide that tells you what the benefits are instead of explaining how to get them.

Its websites are generally helpful for veterans who want to feel like they are not alone. However, they do little to educate veterans about how to improve their lives.

The VA could have spent that $5ml on platforms to help. Instead, it enriched the public perception of VA and the job it claims to be doing.

What results is that veterans who do struggle getting benefits will be publicly perceived as crazy or whiners since VA is clearly doing its job [sic].

Veterans are so relieved about the government being back at work that they are no longer researching government issues.

I liken this to the “back on your heads” joke about hell. In the joke, a veteran goes to hell but Satan gives him a choice of three rooms to pick from. The veteran picks the last room where all the other people are standing in diarrhea. After he picks the room, a voice is heard over the intercom, “Ok, everyone, back on your heads.”

Our children in Congress were able to extend our debt ceiling and agree to disagree in January – February: Super Bowl Season.

Even if there is a shutdown again, I would be surprised to see such a public outcry with protests. It will be cold. Football will be at its peak. America will be worrying about which fantasy football team will win the workplace pot.

Obamacare website is still broken; VA advertises for web page that does not exist.

Most veterans are aware that Obamacare was at the root of the shutdown. What many may not know is that the Obamacare website has been broken this whole time.

After four years of planning, our government could not figure out how to create its own version of Progressive’s insurance shopper website. https://www.progressive.com/

According to Politico, the White House has resorted to calling in IT experts they coin as “the best and the brightest.” The hope is that, after four years, these people can fix it in minutes.

If it works, this further calls into question the Executive Branch’s ability to implement even the simplest things much less the more complex, like national security.

Let’s hope they do not try to fix it with the same jokers who brought us eBenefits and the GI Bill platform for the Department of Veteran Affairs.

For those who do not remember, our VA spent hundreds of millions of dollars to create these seemingly simple websites. The websites function in much the same way as other websites that file people’s taxes or student loans.

Yet, VA was whipped. After spending tons of taxpayer dollars on new websites, the websites still did not work. Last I checked, less than half of all GI Bill claims could be processed through the website. They do not plan to fix it until 2014 at the earliest.

The eBenefits.gov site was not much better. It was impossible to access at times and contained incomplete information.

As a result of the incompetence, heads rolled. VA benefits slowed. No one in the press seemed to notice.

If anything, there seems to be a great deal of deception regarding the complexity of website development. Should a GI Bill processing website cost over $300 million and still not work?

Let’s take a look at some examples that do work.

The IRS can process taxes online. The Department of Education can process student loans and grant money online. Why can’t Veterans Affairs or the Dept of Health and Human Services figure out how to make a website work.

My guess is that there is a lot of money caught up in making sure neither project goes smoothly.

Let’s think about this from a trend recognition perspective.

The reality is that website and database development is not rocket science. And, even if it was, we have a few rocket scientists to figure it out.

Based on the above simple analysis of trends, our government plainly is not concerned with fixing things unless it generates revenue. So, if you are one of the many Americans hoping to get access to insurance through the HHS website, do not hold your breath.

Take VA’s recent $5ml in advertising as an example of its inability to implement website development. The services advertised, if used by the veteran, would result in VA paying out money.

At the end of the VA ad, VA shows a link to a webpage that does not exist. Instead, it routes you to a different page for VA Voc Rehab. The ad has already run without VA making sure its websites worked properly.

Ironically, the YouTube ad that plays when you click on this ad below is of a woman talking about her bowel movement.

Stars & Stripes recently reported the total cost of the shutdown. I thought I’d bring this up in light of the fact that the shutdown of national parks did not make economic common sense.

Visitors spend $76 million on tourism to the national parks every day.

If the fed was worried about saving money, it would not shut down economic activities that generate positive revenue. Since we know the decision lacked economic common sense, the purpose of the decision to shut down certain activities cannot be economic.

This lends credence to those who believe the parks were shutdown for the purpose of psychologically punishing the American public. The economic fallout would be the harm caused to the related tourism industry.

Now, the states that did pay the fed to reopen the parks are seeking to get their money back. In some ways, I agree. After all, the land does exist within the states and the closure did deprive the sates of tax revenue.

Beyond this, here are some states that paid funds to keep the parks open:

Here is a quick list of some states with large bases and research institutions that were also impacted:

Facebook Twitter LinkedIn Email PrintThis is the top problem disabled veterans have with VA Vocational Rehabilitation. I made this…