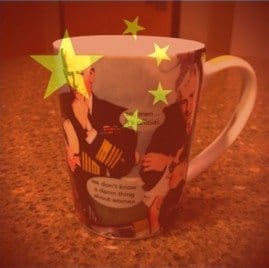 Hi and thanks for checking in for this Monday Morning Quarterback.

I was shocked to read about VA’s cavalier attitude toward protecting veterans data from China and other nations. Or, maybe I should not be too surprised at all.

Before I get into that, here is a little about what is going on in my world.

Over here in sunny Minnesota, I moved, graduated from law school, started the bar, and am appealing numerous claims denials with VA to ensure I get the full scope of benefits to which I am entitled.

Why? First, I’m doing this to ensure that the American public understands the full cost of war. The only way they will know this is if all disabled veterans are given a fair disability rating. I’m already capped out on the rating, so this is more an exercise in truth seeking.

Second, I’m doing this to catalogue the experience for my readers. Once I’m done with the MN Bar in July, my goal is to write a full strategic guide for all veterans getting their benefits using technology as an aid.

Here is what I am covering in this MMQB.

One of the biggest questions veterans have about VA Voc Rehab is this, “How long will it take to get a decision after an appointment?”

We now have the ability to predict an answer from a database maintained by VA. It was created in an effort to appear transparent. Now, we can use it to predict relative outcomes based on benefit type across regional offices.

Unless you are stuck at one of the VA regional offices I am about to mention, you can rest assured that any decision from VA about Voc Rehab will not happen overnight, much less within 45 days.

For further context, it takes Boston veterans 177 days to be fully evaluated, which is over two months longer than the national average of 103 days.

So, my advice to veterans required to work with these offices, do not wait until the last second prior to being homeless to apply for benefits. If you do this, you will not get them in time.

The most important advice I can lend is this, “When it comes to VA benefits, never hold your breath.”

Why Is China Stealing Your Benefits Information?

Last Tuesday, VA revealed it has been hacked by the Chinese military as far back as at least 2010. After reading the article, I had to do a little digging on my own about the issue.

Just why would China want the disability data of veterans? Is it just to scam folks in some capacity, as VA claims? Or, is there more to this story?

In my opinion, there is much more to this story, as it would reveal exactly what VA is truly doing with our aggregate disability data.

Here is my theory: VA is measuring the true impact of war fighting technologies on human victims and soldiers. Veterans are truly guinea pigs, which allows DOD to perfect its bombs and related weaponry.

If my theory were true, that would explain why a country like China would try to hijack our data. They want to make better-targeted bombs and more “purposefully destructive” weaponry.

During Congressional questioning, VA security officer Jerry Davis revealed numerous attacks have been made against VA databases and systems by China. In some instances, these entitles had “successfully compromise[d] VA networks and data.”

Congressman Mike Coffman stated, “The entire veteran database in VA, containing personally identifiable information on roughly 20 millions veteran is not encrypted, and evidence suggests that it has repeatedly been compromised since 2010 by foreign actors, including China and possibly Russia.”

Linda Halliday, lead inspector for VA OIG, told lawmakers that VA has 4,000 weaknesses and vulnerabilities that have not been addressed. Specifically, she highlighted use of “weak” passwords by VA employees.

Meanwhile, the current IT head at VA tried to downplay the severity of the security breaches. According to Stephen Warren, “We’re talking about potential. We’re not talking about actuals.”

Coffman, Warran and Halliday all focused on the individual and how the breaches might impact lowly veterans. However, they failed to highlight how the data might be aggregated to create different uses.

What’s this mean? I asked around about the data VA might possess that a foreign military might want.

For example, in Vietnam, the US changed the way some of its bombs worked so that they would only destroy the surface material and not divot the entire land.

We also perfected delivery of certain chemical weapons that would harm certain subsets of humans through Agent Orange type experiments. I will explain how this works below.

Cost of War Model – What China is likely seeking

First, let’s assess what it is the VA actually does when it comes to treating veterans. Aside from merely providing medical care, it also serves as America’s war insurance agent.

Think about it. In 1917 it was called the Bureau of War Risk Insurance. It was later renamed three times, but its policies are essentially the same.

They were written to ensure that VA pays out the least amount possible for claims under Franklin Roosevelt so he could afford to pay for his New Deal. The regulatory framework that was created during that time has not changed.

I realize for some reading this, the notion that VA is an insurance company might be a stretch. After all, they give you all kinds of nice things like the GI Bill and disability denials.

However, any argument in this direction is quickly cut short by examining the VA benefits claims adjudication process. The laws and regulations are always drafted in a way that falls in favor of VA adjudicators.

Regardless of claims that the system is “non-adversarial,” it is clearly adversarial. Just take a peek at the large number of claims in the backlog and the number of appeals that were wrongly denied – 60-70%. That is no accident.

Second, like most insurance companies, VA tracks all kinds of risk data about claimants. This risk data allows them to know how, exactly, bombs and other weaponry will impact soldiers and civilians in the long term. They further can assess how expensive it will be to treat those who are injured and make fully vetted risk assessments before making any risky decision on the battlefield.

Here is a real world example.

With driving insurance, traditional insurance companies now include credit scores within the variables for your insurance premium calculation. The reason for this is because insurers deemed that those with poor credit scores are also more risky in other kinds of driving behavior. For that reason, a person with a poor credit score will pay a higher premium than an equally risky individual with a high credit score.

How VA and DOD probably use your data

When it comes to fighting war, VA data can tell DOD what kinds of “risks” are more expensive and how the particular risky business DOD is contemplating will actually impact humans 40 years later.

By creating a risk model, DOD can assess in real time how expensive every hazardous decision will be in both deaths and long-term impacts over time. Like your drivers insurance, they can tell which bombs have more expensive impacts than others on the battlefield and after war.

What I am about to explain is probably what happened when DOD decided to use uranium weaponry in Iraq, in 2003. At that time, they were denying certain impacts of these weapons.

Let’s think about what the data would look like for DOD and VA from two vantage points. We have the vantage point of the claims adjudication and then the claims tracking.

To start with, we have a claims adjudication system that serves as the carrot on the end of a stick.

If the veteran can get the carrot, they will receive adequate healthcare and some form of compensation. So long as they fight through the VA bureaucracy, they stand some chance; let’s say 40% of these veterans actually get their disability rating.

Let’s further assume the rating for all the diseases and injuries suffered from handling uranium tipped bullets is around 70% disability. Since birth defects from uranium exposure are not fully recognized by VA, they get a pass on paying out for these.

A full rating for the veteran is worth around $1,200 per month (70% disability rating). That is around $200,000 for life per veteran in Present Value dollars (around $430,000 in actual payments over 30 years if the veteran lives that long – inflation reduces this amount to around $200k cash in hand today, which is how VA figures the payouts).

Let’s also assume 10,000 veterans were exposure to uranium on the battlefield. This brings the total to $2 billion ($200k x 10k vets) in actual disability if all vets got a fair shake. However, only 40% of veterans get the rating because the rest are denied. Thus, the real payout, i.e. cost of war for that decision (using uranium tipped bullets) is $800 million.

VA further tracks how the exposure degrades the health of disabled veterans by tracking them in both the VA compensation system and VA health system.

Let’s assume they know that the impact of uranium exposure causes birth defects for two generations and joint deterioration in the veteran from 5 years post exposure to death.

If I am a decisionmaker who wants to reduce fertility in a society and diminish a veteran’s ability to “fight” after getting out of the military, I might fire a bunch of uranium tipped rounds into an area like Falluja, Iraq.

(The Guardian just wrote a piece on uranium weapons usage in Iraq, in March 2013.)

Here is a hypothetical

On the battlefield, some asshole general decides to use uranium tipped bullets. They want to woop some ass and could care less about the long-term impacts on their soldiers or on Iraqi civilians.

The quick win on the battlefield will help them get a promotion, so this makes sense to them. Done and done.

Here, despite knowing uranium can cause birth defects, cancer and other problems, the asshole general tells his troops to fire away.

Civilians get injured for life and cannot have children. Then, veterans come home to seek treatment.

VA denies their exposure or causal link that uranium can cause Condition X and Condition Y. Instead, they admit to only Condition P for 10 years. Finally, after Congress investigates, DOD and VA are forced to pay the full 70% disability rating.

Many veterans die or just go away after fighting VA denials for 10 years, so VA only winds up paying for 40% of the injuries.

Nonetheless, the veterans cannot get health care via insurance because the conditions are “pre-existing”. This means the veteran is forced into VA healthcare no matter what.

Win Win. VA avoids paying on many claims. However, they are still able to track the full impact and injuries suffered by troops exposed to the uranium tipped bullets. They also are able to know the full impact on the citizens of Iraq because DOD running hospitals in the country for the immediate future.

With VA data, a nation like China can build better bombs and other devices based on the objective evidence they gather through your disability claims and through the healthcare offered to both veterans and civilians.

While the individual claims information might be useful for certain things, the real value is knowing how to perfect the impact of weapons after the soldier goes home.

That’s my theory, and I’m sticking to it.

4 thoughts on “MMQB: Did China Hack Your VA File?”