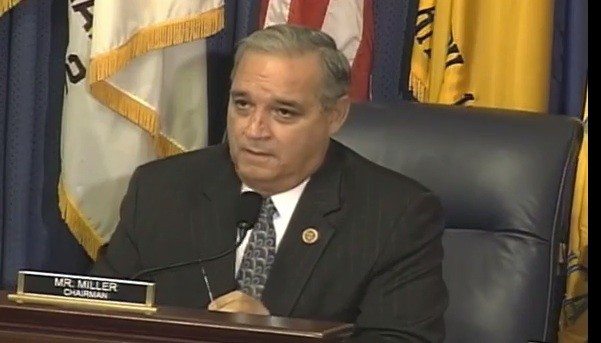 VA used 17-year-old wind-down plan as basis for shutdown procedure. According to Shinseki, He literally said he had to dust it off. This same manual, if you think about it, was pre 9/11, pre Afghanistan War, pre Iraq War II, and pre Backlog. Think they should have updated it?

But that’s what VA used for guidance on how to shut VA down. Total time spent on shutdown in September was 72 hours. The remainder of the time VA spent millions on decor and advertising. That’s the backdrop to these highlights from the hearing.

I also include my favorite clip from both the Republicans and the Democrats. Video is a little rough at spots but good enough to understand what was said.

Rep. Jeff Miller questions VA about its Lack of Preparedness

Shinseki to Congress: “I just did not think [the shutdown] would be allowed to happen.”

He continued, “I have plans and we have quickly dusted them off and within 72 hours have gone into emergency procedures… So Mr. Chairman, if you knew the shutdown was going ton happen, it was not shared with me. I just did not think you would allow this to happen.”

Rep. Jeff Miller hammers VA about Misspending prior to Shutdown

Chairman Jeff Miller: “How did we end up with the $500,000 of art in Kansas… Why are we spending over $1 million in DC area on ads… It’s a question of prioritization. Because we’re talking about people not getting the benefits they have earned, not being buried in a timely fashion. Yet, we can spend hundreds of thousands of dollars in things the American people would find inconsequential.”


Rep. Corrine Brown: “I don’t blame the Senate. I thank God for the Senate… the bad politics of this House. Let’s don’t confuse no one with facts.”