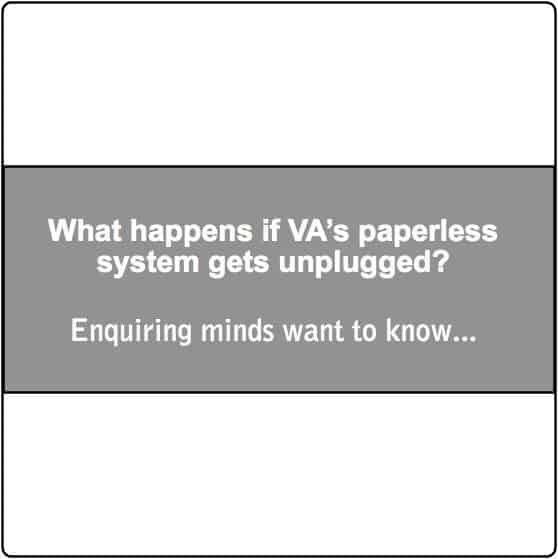 Just in, VBA circulated a message recently that VA regional offices are to cease using its touted VBMS claims system until further notice. Until then, VA offices are to use the old legacy systems. The system was designed to remove all paper processing, and as of December, they were 75% of the way there.

I’m not sure about you, but this smells like a disaster waiting to happen. For those who do not know, VA has touted this VBMS system as being the future of VA and the end to the backlog. Shinseki has on numerous occasions cited it as being the silver bullet to fix all that ails the system.

Now we are learning what happens when you rely solely on technology that never seems to work right. My guess is VA was slapped with at least the threat of lawsuit last week after eBenefits.gov had reportedly leaked private information about veterans. Maybe the scare of one is causing them to double check security.

Or, the contractor who made the system screwed something up.

My best guess is that there is a security loophole that allows China easy access to our data. Just a hunch.

The folks at VeteransWarriors were quick on the draw on this story. Veterans Advocate Lauren Price sent out the following alert, and I thought I’d include it here for you:

According to NextGov.com, at 12:17pm EST today, the Department of Veterans Affairs shut down its saving grace Claims Processing System. https://www.nextgov.com/defense/2014/01/va-paperless-claims-processing-system-shut-down/77801/?oref=nextgov_breaking_alert

The system, Veterans Benefits Management System (VBMS), is purportedly currently deployed in all 56 Regional Offices.  According to Undersecretary Hickey’s Senate testimony on December 11, 2013;”…Approximately 75 percent of current claims in the inventory are in digital format for processing electronically within the Veterans Benefits Management System.”  https://www.veterans.senate.gov/imo/media/doc/Allison%20Hickey%20-%20Testimony%20-%2012.11.13.pdf

When one does the math, based on the VA’s “Monday Morning Workload Report of January 27, 2014, which reflects 948,979 claims currently in the VA inventory, the number of affected veterans claims, 711,734 is almost too large to fathom. https://www.vba.va.gov/REPORTS/mmwr/

The impact of this system being shut down is catastrophic to the Department of Veterans Affairs self-imposed goal of deleting the backlog by 2015. More importantly, for veterans who are in many cases, waiting years for claims decisions, this is disastrous.

The pain will be felt especially for those 4,166 veterans whose claims are in the Newark, NJ Regional Office.  That Regional Office has been designated according to Hickey as; “…the first e(lectronic)RO. There are no longer any paper claims being processed at the Newark eRO. All claims are processed electronically, which allows us to refine, test, and streamline our operations as we prepare for a fully electronic environment nationwide.”

Worse yet, those 15,981 veterans whose claims are being processed at the Nashville location are in the same boat as the Newark veterans. According to a November 2013 VA report from the Nashville Regional Office, “…As of May 10, 2013, all new claims coming into the Nashville Ro are being put in VBMS.” https://www.tn.gov/veteran/AgendasReports/Nashville%20Veterans%20Benefits%20Administration%20Regional%20Office%20Report-December%202013.pdf 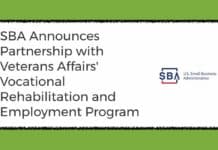