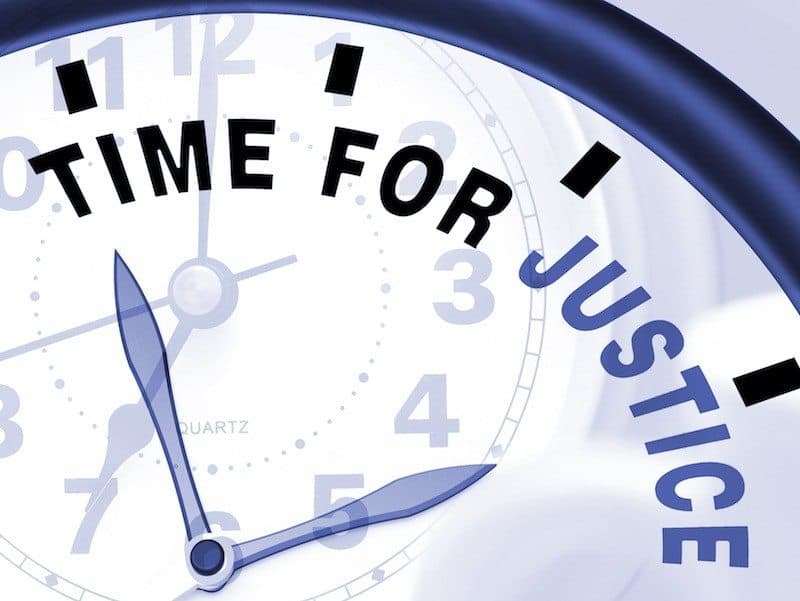 Until Congress repeals 38 USC § 511, Department of Veterans Affairs will run roughshod over the rights of veterans and the ability of Congress to hold them accountable. But perhaps its time veterans refocus their angst against government contractors that help VA violate our rights?

With all the bad news in the press with VA violating veterans rights left and right and lying to Congress, I thought I would write about my ‘fix’ to give you something to chew on over the weekend.

The statute, 38 USC § 511, severely restricts a veteran’s ability to sue VA officials for wrongdoing. It states that the Secretary (and de facto his minions), have final say over any benefits decision effecting a veteran, and that the decision cannot be reviewed by federal courts. But many “decisions” by the VA secretary affect veterans access to benefits, services and programs constituting a denial of one of the many established VA benefits. This list includes Servicemen’s and Veterans Group Life Insurance payouts.

Instead, veterans are stuck in the never ending VA grinder that attorney Chris Attig writes about on a regular basis. VA routinely argues that § 511 blocks jurisdiction for federal courts in most situations when benefit claims are at issue.

But VA is dead wrong – as usual.

As we now know, VA has often abused this authority by wrongfully withholding benefits in a way that is best described as “bad faith.” It is bad faith when VA takes a legally unjustifiable, meritless position in denying a veteran’s request for benefits.

When a law is not clearly on point, an attorney needs to engage in “interpretation”. Existing laws require the lawyer doing the interpretation to act in good faith and apply the law in a way that is consistent with long-established rules of legal interpretation.

All Veterans Laws are “remedial” laws and must be liberally construed to effect justice in the remedy provided. Yet, VA lawyers distort this process by using narrow interpretations that have the effect of penalizing veterans by holding that veterans are not entitled based on the facts when they would be under the correct liberal interpretation.

To provide context, criminal laws are narrowly (or strictly) interpreted by the courts to ensure any person accused has adequate notice of the law prior to conviction. The point is to ensure no criminal is surprised by an unexpected, liberal, application of the law against some kind of prohibited behavior.

VA lawyers are often accused of interpreting the Veterans Law strictly, applying it against the veteran as if applying it to a criminal. Time and again, this perverted interpretation of the law by VA has been ruled by the Courts as illegal and unethical. But, VA lawyers and claims raters continue to misapply it against veterans.

In 2010, Chief Justice John Roberts made openly critical remarks during oral arguments at how often VA lawyers take “substantially unjustified” positions when fighting attorney fee awards in veterans appeal cases. At that time, it was discovered that VA lawyers did this in 70 percent of the appeals where veterans attorneys won awards for Equal Access to Justice Act (EAJA) attorney’s fees for wrongly denied veterans.

Bad faith insurance claims adjudication is an illegal practice for insurance companies in every state where the insurance company makes a decision that is unjustified based on the clear language of the policy and the facts as presented.

Yet, VA gets away with it since it is essentially the insurance company for the Department of Defense and generally considered outside the jurisdiction of most federal courts when taking bad faith positions under § 511 for certain benefits adjudications (disability, pension, Chapter 31, etc.).

On the benefits side, VA functions as an insurance company and even used to be named the Bureau of War Risk Insurance.

VA claims it hires insurance consultants to help it create new methods of doing business. In many instances, these new methods result in restrictive policies and extra hoops that serve as little more than roadblocks to benefits similar to those used by Allstate in the last decade.

Allstate got sued for “bad faith adjudication” of claims, and in 2007, it had to release slides created for it by an leading insurance industry consulting company called McKinsey & Co. Those slides created by McKinsey & Co instructed Allstate about its new profit model the firm referred to as the Delay, Deny, Defend model. The suit was not good for Allstate and the world became privy to its new and very profitable “Delay, Deny, Defend” scheme to improperly increase profits on the backs of policyholders.

[The matter is outlined in book, From Good Hands to Boxing Gloves.]

Note that the call to action is alarmingly similar to VA’s attributed motto from veterans, “Delay, Deny, Hope that I die.”

According to the case documents, Allstate simply wanted to increase profits. And the “Delay, Deny, Defend” model allowed Allstate to retain money that should have been paid out for a much longer period of time. A company could then invest the funds into relatively safe capital markets accounts to earn interest on the improperly retained payouts.

Further, Allstate would fight those claimants in court in an attempt to reduce the payout for bigger claims where it was cheaper to fight in court than to cut the check. It would also lowball policyholders by providing settlement checks for lower amounts than were warranted. Sound familiar?

In the end, this was essentially a scheme cooked up by McKinsey & Co for its client to increase profits, and the scheme worked great for Allstate but was bad for the policyholders.

In 2009, VA hired the same insurance consulting company, McKinsey & Co, to help it refine its disability benefits adjudication processes including creating disability calculators, disability benefits questionnaires (DBQs), and part of the VBMS system. You may have seen these systems and “fixes” touted by none other than Undersecretary Allison Hickey before Congress as the fabled silver bullet fix for the disability backlog for the last few years.

It does not take a rocket scientist to see at least a coincidental link between VA hiring McKinsey in 2009 and the explosion in the backlog since that point. The VBMS computer program has been a huge failure to this point. Pretty much, every electronic “fix” has failed to provide the results promised by top VA executives.

Since VA does not have to pay interest on the funds it withholds from veterans but instead can invest the money in capital markets, VA can earn a perverse return on the money by screwing veterans or dragging out the process. The longer the process takes for a payout, the more interest VA can earn on the money wrongfully withheld through arbitrary denials.

For example, if VA withholds a disability rating of 100% for a veteran for one year, it will payout the veteran at the rate for the previous year under the argument that the Sovereign does not pay interest – since there is no interest, the government also takes the position that they do not need to adjust the payout for cost of living increases to compensation for inflation.

Here is what this looks like when comparing just one year for a veteran who receives an award in 2013 but the claim should have been awarded in 2012 (veteran with spouse and one child). We will assume some rater somewhere made an arbitrary mistake about the law that they should have known to not do through proper training that caused a one year delay due to a DRO hearing decision:

By delaying one year, VA holds the funds, pays the veteran at last year’s dollars, saves $1,164 on COLA increase, and the agency can even earn another $1,822 in interest by investing in capital markets with a conservative rate of return on investment of 5%.

All in with this example, VA just “earned” almost $3,000 by making a mistake [sic]. Here, VA saved 8% by making an error that withheld money from a veteran for one year. That veteran did not have the benefit of possessing the money and making investments or payouts as he or she saw fit and are penalized. We can call this a disability tax.

Does this seem like a sick and twisted scheme to you?

In my opinion, VA should be required to pay at today’s COLA / disability rate amounts to avoid creating this perverse incentive to make mistakes that is exactly the same as what insurance companies have been caught doing in bad faith.

Check out our newest example from Prudential getting caught doing exactly that.

In 2001, Prudential embarked on a similar scheme to increase profits on the backs of veterans and their families with relation to SGLI and life insurance payments.

For a little background, VA pays Prudential to manage these benefits programs for veterans. In fact, VA does this with a lot of companies. So much so that many Americans would be shocked at how little VA actually does do regarding benefits adjudication. Prudential is required by VA statute to pay out the benefit when a veteran dies. In exchange, VA pays Prudential for the service and also pays the firm for lost profits by working for VA rather than on the private market (this makes little sense to me).

The payments would likely be substantial enough for most firms, but Prudential decided to fraudulently withhold funds and/or arbitrarily pay out funds. The company was able to earn a rate of return on investment that created even greater profits for company shareholders – both directly from VA and also from fraudulently withholding policyholder payouts. In response, veterans’ families sued both Prudential and VA.

[Read about VA / Prudential vs Hamilton in Class Action here.]

In that suit, 38 USC § 511 did not serve as a bar against jurisdiction of the courts because § 511 specifically allows litigation on such insurance claims – and (more interestingly for us) the actions of the agency were outside of the statutory scope outlined by the language of the VA insurance laws. The lawsuit proceeded past motion for summary judgment and dismissal, Prudential was hammered with allegations of fraud, and the parties settled for multiples of millions of dollars this summer, according to reports.

Yey! Chalk one up for the good guys. Let’s keep this going.

WHAT DOES ALL THIS MEAN?

Since we cannot sue VA like all other Americans can sue other federal agencies, I wonder when we should start suing these government contractors and VA for any potential misdeeds they have a hand in outside the scope of many VA laws.

I think the time is now! 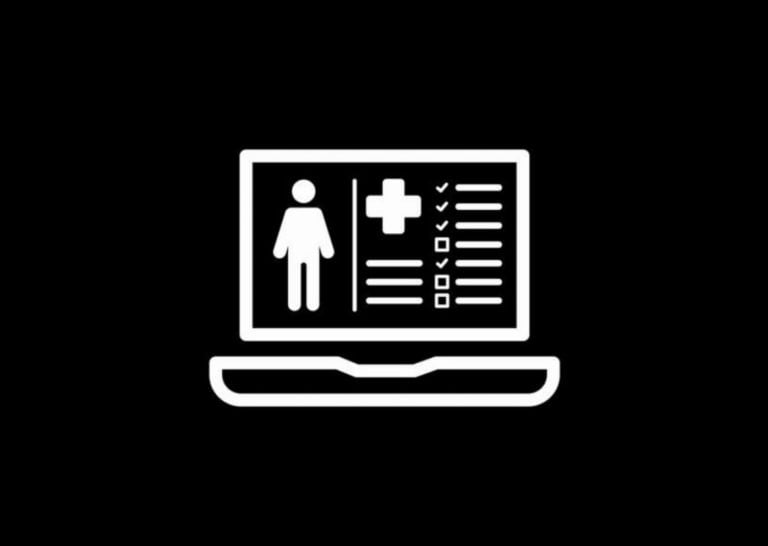 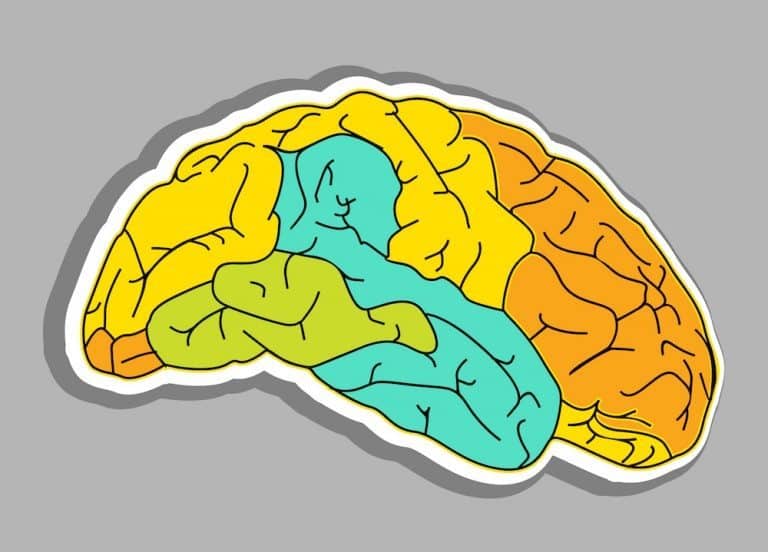 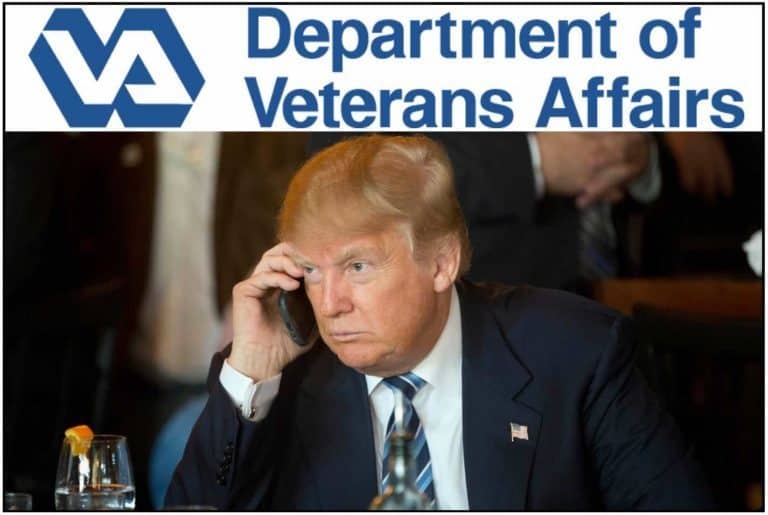