All of America’s veterans are saddened by the passing of President George H. W. Bush. His courage in combat was special even during the war in the Pacific, where our forces demonstrated some of the highest levels of valor and heroism in our history. When holding the highest offices in our country, he never forgot those who wore the uniform. The Department of Veterans Affairs sends its thoughts and prayers to the Bush family in remembrance of this extraordinary American. 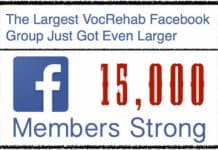