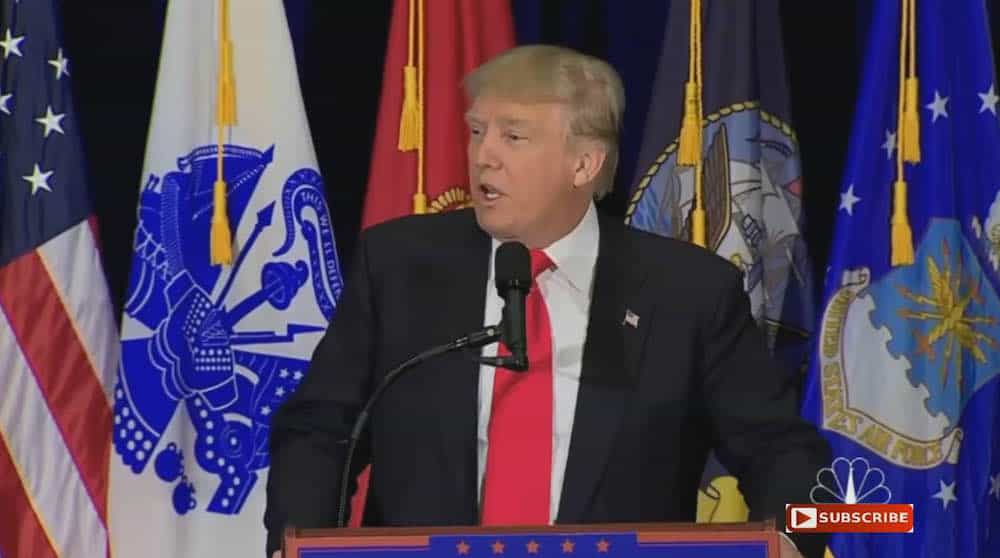 Many veterans were thrilled with the 10-point plan presented by Donald Trump to fix VA even is he has to “fix it” himself.

Hillary Clinton’s campaign responded in opposition to the proposals by claiming a Trump Presidency will result in a whole sail privatization of the agency. Politico reported:

In response to Trump’s speech, Clinton’s camp released a statement from Bishop Garrison, an army veteran and campaign adviser, who said the presumptive GOP nominee’s 10-point plan would put America “irreversibly on a path toward the wholesale privatization of the VA.”

“We can and must fix the VA to ensure it provides top-of-the-line 21st century care for our veterans, and Hillary Clinton has laid out a plan to do exactly that,” Garrison said in the emailed statement. “Fully privatizing the VA – the inevitable result of Trump’s proposals – is not a fix at all; it’s an ideological crusade that will only compound the problem.”

This, of course, is completely untrue and ignores the massive privatization of VA that has already occurred under President Obama, President Bush, and since President Bill Clinton.

Does she think we do not know the history here? Perhaps.

She seems to think very little of the overall intellect of the American public. Perhaps her Goals 2000 initiative, which basically exported Arkansas failed educational model to the nation, ensured the masses received a substandard education such that we would not know if she was lying or telling the truth.

Personally, I am a longtime Hillary Clinton opponent. I cannot stand the woman and believe she is a pathological liar with no respect for our country or its institutions.

The plan itself seems similar to what is being pushed by lawmakers right now – greater accountability for bad VA employees and greater health care choice for veterans. The newest idea seems to be the White House call line.

While all this seems boilerplate, my problem with Hillary Clinton when it comes to VA is that she was in charge of the committees in 1993 that resulted in what we currently have as VA. It took about twenty years for those policies to come to fruition, and now we know her proposals were destined for failure.

So should we trust Hillary Clinton to get another bite at the apple? Hillary’s own policies created the bureaucratic monster we presently call the Department of Veterans Affairs.

Further, when pressed about VA by Rachel Maddow, Clinton tried to explain away the wait list scandal and veteran deaths by stating the problems were a mere rouse orchestrated by Republicans.

The whole segment reminded me of her claim that she and her husband were victims of a vast right-wing conspiracy.

RELATED: Hillary, The VA, And The Vast Right-Wing Conspiracy

So what do you think about the plan? What else should he have added?