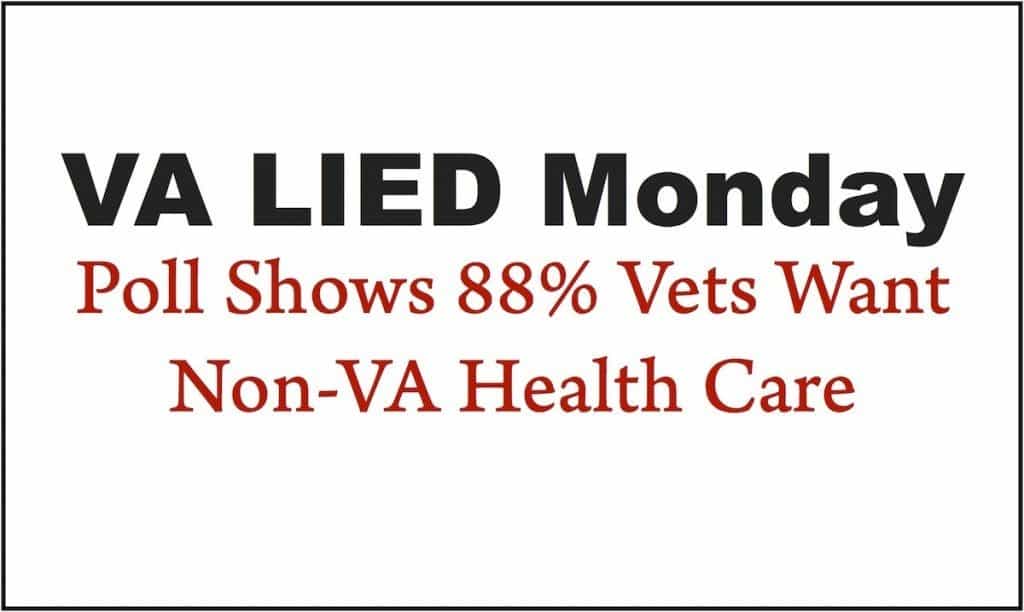 Is someone lying? And if ‘yes’ then why?

On Monday, Veterans Affairs came out in full support of President Obama’s push to divert funds from the Veterans Choice Program to other resources. The justification for the diversion is that many veterans are not choosing the use the program. VA erroneously claims most veterans want to receive their health care from VA.

Of course, the missing link is VA’s omission of the fact that the regulations in place restrict the majority of veterans’ option to use the program.

Concerned Veterans for America hired Tarrance Group to conduct a poll of 1,000 veterans. The poll concluded 88% of veterans want non-VA health care with a margin of error of 3.5%. While not a sizable poll, this one is certainly more trustworthy than the mere anecdotes VA used to justify gutting the Veterans Choice Program.

Who is telling the truth? Do you trust a VA anecdote or an actual poll of veterans?